Would you vote for her?

Although Kuwaiti women obtained the right to vote and run for parliament in 2005, as of 2019 the parliament has only one female representative (and 49 men). With the formation of a new cabinet this month, during which the number of female ministers increased from two to three and with parliamentary elections coming up in November 2020, politics in Kuwait is constantly evolving.

However, low female political participation is a phenomenon we encounter across the globe. Women’s political power deserves to be at the top of the agenda worldwide. That’s why the HagueTalk will address the following questions:

Do women encounter a multitude of barriers during their (political) careers? Do things change when women and men are equally represented? Under which conditions do women thrive in men-dominated surroundings?

Event is opened by Frans Potuyt, Ambassador of the Kingdom of the Netherlands to Kuwait and Bahrain.

Moderator of the event is Nezar Al-Saleh. Nezar is experienced moderating discussions within the startup community. He is deeply rooted in the community and has exposure to feminist topics.

Event is co-organized by Kuwaiti debate platform Niqashna and the Embassy of the Netherlands to Kuwait and Bahrain.

Join for this inspiring conversation in Kuwait and register your free seat or follow this event via livestream link here. 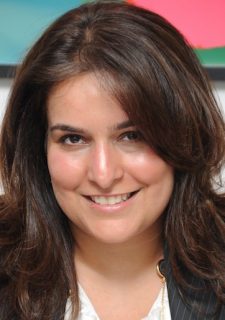