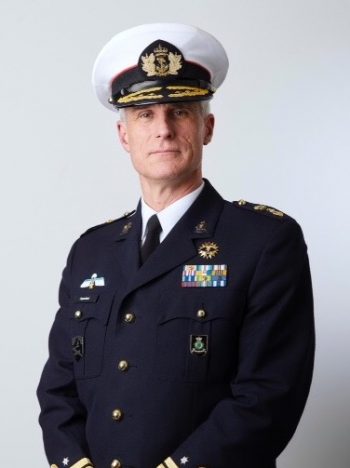 Director of Operations, Ministry of Defence

We fight for a world of freedom and security. If we don’t, who will?

First we consider the importance of military contribution to UN operations. Secondly, we evaluate contributions, look at the added value and improvements we accomplished. Finally we think about possibilities to become more effective in UN operations in order to secure peace, freedom and security both in the Netherlands and far beyond our borders.

Richard Oppelaar joined the Royal Netherlands Marine Corps in 1981. Since April 2016, Major General Oppelaar holds the post of Director Joint Operations in The Hague. In this position he is responsible for military operations all over the world.