Can informal systems guarantee access to justice in Mali?

The people of Mali use a vast array of justice mechanisms to resolve their conflicts. Given the weakness and inadequacy of state institutions to provide justice to the Malian people, informal systems are the main justice providers throughout the country. Considering the ongoing conflict, the deprecation of traditional values, the growing corruption, and the weak relationship between state and non-state justice, this is a timely moment to organise a dialogue about access to justice in Mali. This event aims to debate whether informal systems are still able to provide justice to the Malian people and what role they can still play in conflict resolution.

Cheick Harouna Sankaré – Mr. Sankaré is an imam, a mayor and a dispute mediator from Mali’s central region of Mopti. He is also the president of the Movement for the Union of Malians that promotes local development initiatives in order to enhance peace throughout the country.

Abdel Momini Bokoum – Mr. Abdel Bokoum is a journalist and human rights activist, having a professional license on lobbying and advocacy in human rights. He worked for the newspaper Observer and now he is Correspondent of the Web Tv Droit libre Tv/Bamako and Secretary General of the Ciné Droit libre movie festival. Moreover, Mr. Bokoum is member of the Network of Malian Journalists for the Promotion of Human Rights, the communication officer of the Malian Human Rights Association (AMDH) and press secretary of the AMDH President Me Moctar Mariko.

Dede Faconam Manko D’Almeida from Mali is the moderator. She is Editor-in-Chief of the Journal du Mali and she works as trainer on the fundamentals of radio journalism at the CFI.

In the framework of the visitors program of the Dutch Ministry of Foreign Affairs, fourteen African journalists will be present to take part in the discussion.

This HagueTalks is organized in cooperation with the Conflict Research Unit of the Clingendael Institute and with the kind support of the Knowledge Platform Security & Rule of Law .

Note: this event will be in FRENCH 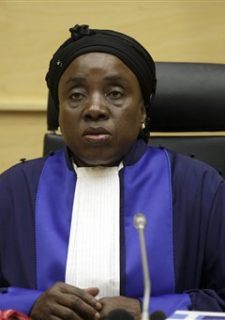 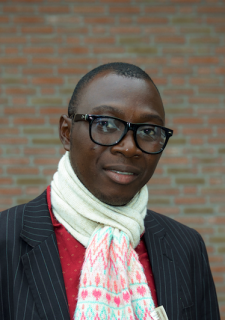