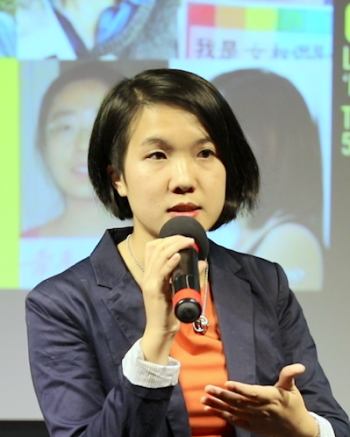 Tingting Wei is the founder and Director of Guangzou Gender Health Education Institute (GGSEC). The institute conducts gender and sexuality education training and advocacy activities. By providing trainings aimed at empowerment and strengthening the capacities of vulnerable groups and activists in the gender and sexuality field, it promotes the growth and advancement of sexual minorities and women. This way, it promotes gender equality and recognition & protection of the rights of sexual minorities and activists in China.

Tingting became well known as one of the “feminist five” who in 2015 on the occasion of International Women’s Day wanted to launch a public campaign against sexual harassment on public transport. Before they could launch the campaign however, they were arrested and detained by the police for over a month. After Tingting was released, she was banned from travelling for one year (2016)