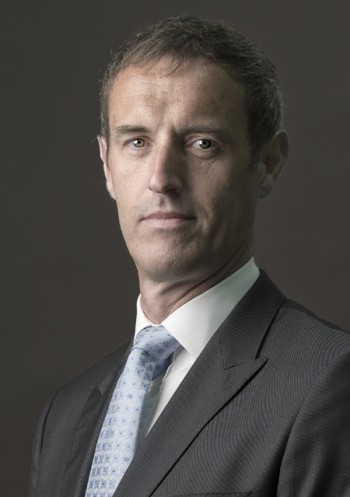 "The Part of the internet in which most criminals operate, the Dark Net, is unregulated."

Can we control and regulate the ‘Darknet’?

Where governments have retained the responsibility of apprehending criminals, private businesses have emerged as key actors involved in acquiring the necessary information for convictions. Wainwright calls on governments and private businesses to coordinate in the battle against cyber crimes. Doing so will inevitably require trust between law enforcement and the private sector to be repaired.

Rob Wainwright is Director of Europol since 2009. Having graduated in 1989 from the London School of Economics, University of London with a BSc, he worked in the following ten years as an intelligence analyst in the UK in the fields of counter-terrorism and organised crime. Between 2000 and 2003, Mr. Wainwright was the Head of the UK Liaison Bureau at Europol, and also responsible for the Europol National Unit in London. The Liaison Bureaux are a key link in Europol’s cooperation with the EU member states.
In 2003, he was promoted to the position of Director International of the National Criminal Intelligence Service (NCIS), where he was responsible for its international operations and for developing and implementing the UK strategy against facilitated illegal immigration.

Between 2006 and 2009, he was Chief of the International Department of the UK Serious Organised Crime Agency (SOCA). In this leading role, he was overseeing 20,000 law enforcement cases each year as well as establishing the international strategy and operational capabilities of the newlyformed agency. His mandate extended from SOCA’s international operations and global partnerships to the worldwide network of SOCA liaison officers.

Mr Wainwright was appointed Director of Europol in April 2009. He is also currently an active member of the World Economic Forum, primarily on cyber issues. Rob Wainwright is married with three children. He speaks English, Welsh and Spanish and his interests include history and literature.