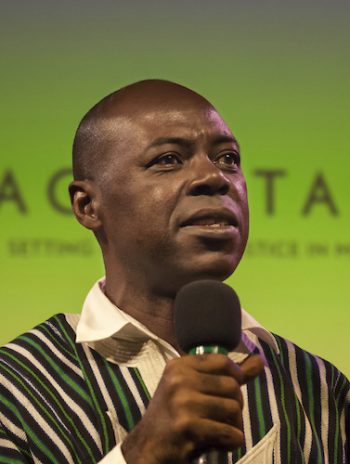 Violence against women impedes their development.

Mohamed Konneh is a media right activists and growing up he saw women suffering both in their community and their family. Living in an unequal world, this puts women in a disadvantaged position. We could make the world a better place if women are allowed to realize their full potential.

Mohamed Konneh is from Sierra Leone. He works for West Africa Democracy Radio and the Sierra Leonean Standard Times Newspaper and is the Editor of the monthly Prison Watch Sierra Leone. He has won numerous National Media Rewards for best reporting, on the topics  Court, Crime and Human Rights.