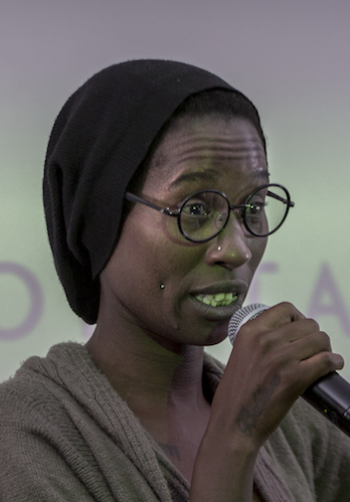 It's not revolutionary if it's not radical and accessible to the poor.

Immah Reid is talking about what it feels like to be a queer person in Kenya. Broadly also why gay rights activist are trying to repeal Article 162 of Kenya’s Penal Code.

She thinks that gender rights are very important in the times we are living in. In Kenya, she and other gay rights activist are trying to repeal Article 162 of the Penal Code, a colonial law that exerts severe penalites against people engaged in same sex relations and anything else that’s “against order of nature” which can also include some sexual encounters among straight people.

Immah Reid is an activist whose main focus is gender and sexuality matters. She is also a poet and radical feminist. She currently serves @AFRAKenya as the executive director. Her work reflects on social change using arts and media to bring and hold conversations that are necessary for our continent and global consciousness.