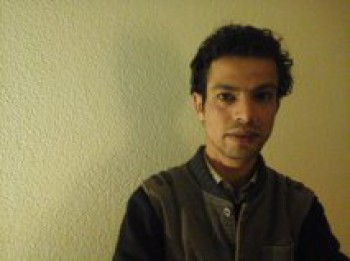 Thaer studied Media at Damascus University but had to discontinue because of the war in Syria.

At Yarmouk Camp a settlement for Palestinian refugees in Syria he became a member of Rid Fa’l (Reaction), a Palestinian creative collective that brings together writers, directors, photographers and actors. With this collective he produced a number of films and a stand-up comedy series. Thaer is also a member of ShararaAthar (March Spark) media centre, which publishes the weekly newspaper ShararaAthar and produces documentary films and news reports.

Thaer believes that through art forms like films there will be more understanding, necessary for peace.