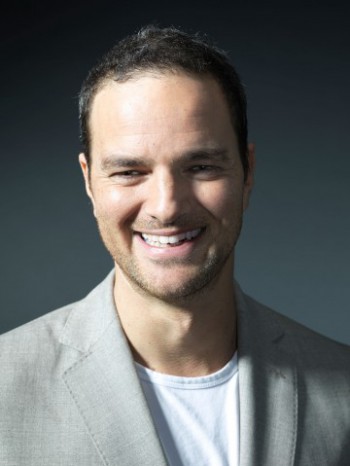 How does a serial entrepreneur become the founder of a ‘sport and play’ NGO in the Middle East? The answer lies in Tarek’s love of sports and his experiences seeing the transformative power of capoeira on vulnerable young people.

In 2007 Tarek started teaching capoeira in the streets of Damascus. Six years later, his NGO Bidna Capoeira – ‘We want capoeira’, in Arabic – reaches thousands of vulnerable children in Syria, Palestine, and Jordan.

Can capoeira really make a difference in the complex context of the Middle-East? Is Tarek a visionary or a man with a noble initiative with limited effect? Find out on September 19th.

Born in Koln, Germany, half Syrian/half German Tarek (1975) studied sport science at the University of Cologne. He went on to become a serial entrepreneur, running his own gym in Koln, founding a real estate agency in Damascus Syria and setting up capoeira projects in Damascus.

When he started teaching capoeira on the streets of Damascus in 2007, more and more children joined. He realized there was a need and demand for something bigger.

Tarek started projects in youth reformatories with Iraqi and Syrian refugees. His inspirational project in Al Tanf refugee camp – in the no-man’s land in the desert between Syria and Iraq – eventually led to the founding of his international NGO Bidna Capoeira in 2010.

CAN’T GET ENOUGH OF TAREK AND CAPOEIRA?