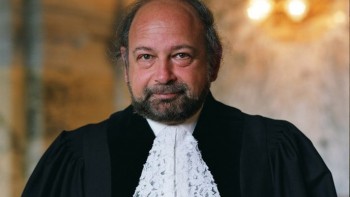 President of the International Court of Justice

Ronny Abraham is a French academic and practitioner in the field of public international law who was elected to the International Court of Justice, to fill the vacancy created by the resignation of judge and former President Gilbert Guillaume. He served the remainder of Guillaume’s which ended on 5 February 2009, and was reelected for a term extending to 2018. Ronny was born on 5 September 1951 in Alexandria, Egypt and earned his degree in Advanced Studies in Public Law at the University of Paris I. Moreover, he’s an alumnus of National School of Administration and led a distinguished career characterised by numerous academic and judicial postings.

As head of the Office of Legal Affairs of the Ministry of Foreign Affairs since 1998, he has acted as legal adviser to the Government in the areas of general international public law, European Union law, international human rights law, Law of the Sea and laws on the Antarctic.

Since 1998 he has been a representative for France in many cases before international and European courts.