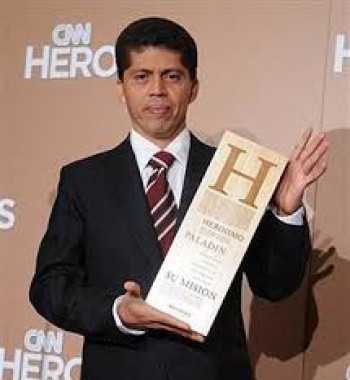 Attorny and recipient of the Goldman Prize and CNN Heroes Award

The following presentation has as an aim to give examples as to the different problems and loopholes the legal system has for victims that are looking for justice. These victims are looking for justice because of damages caused by extractive activities executed by transnational corporations (TNCs). The activities by TNCs cause environmental damages that can be equated to ecocide. In this short intervention I will not be able to sum up the obstacles that we have encountered in the past 9 years of litigation in the US or the 12 other years the victims have spent seeking justice in Ecuador, Ecuador, Argentina, and Brazil y Canada. All the jurisdictions are different in these countries, which makes it especially difficult to execute the sentences that would recognise their right. However, in this long journey have realised one thing above all and that is that there is an underlining justice system that tips the scales of justices towards the impunity of the most powerful.

As Humberto has shown us what the indigenous peoples cosmovision is, what sort of damages we are looking at, the situation of ecocide and how Union of Victims of Texaco’s Operations (Unión de Afectados y Afectadas por las Operaciones de Texaco (UPDAT)) have been seeking for justice, and still have not found justice in the more than 22 years. One of UPDAT last activities has been the long trial against the Chevron Corporation and trying to achieve the personal prosecution of the company executives. The UPDAT turned to Mrs Fatou Bensouda, International Criminal Court (ICC) Prosecutor and submitted a complaint that explained the situation in Ecuadorian soil (this statement is equal to a domestic complaint). The document annotates the extent to which the decisions John Watson, Chevron CEO, are generalised and systematic attacks against the populations that live in Ecuador’s Amazon Region. The victims of Texaco’s pollution are accusing Chevron’s executives for taking decisions since 2002 (when the Rome Statute treaty that established the ICC entered into force) that have continued damaging the Amazon and have avoided taking responsibility and making reparations for the damages they have incurred in. The victims are accusing the company of actions that undermine their responsibility and delay repairing the damages in the Orient Region. As a consequence, people living in the region are forced to inhabit a dangerous environment that hurts their health and livelihoods. The complaint concludes that the executives continues avoiding their responsibility and contribute in any given situation as to avoid that the situation in the Orient Region is repaired. On the other hand, the ICC does not understand that environmental damage is a continuous crime. That, we are not talking about a damage that started and stopped 40 years ago, but a damage that started 40 years ago and continues until today. The damage is visible, persistent and continues to end the life of peoples, fauna and flora in land and in water. It’s a damage that is continuously present. We have taken legal action before the US justice, which ordered that the case be transferred back to Ecuador. We continued the proceedings in the Ecuadorian courts, and after the trial motions, the American Justice ruled that Ecuadorian Courts were not capable of offering a fair trial. We seized Chevron’s assets in Argentina, just to see the Supreme Court revert the embargo in exchange for Chevron investments. And, to top it off, we could not even participate in the secret trial planned by Chevron against the Republic of Ecuador based on the Treaty Concerning the Encouragement and Reciprocal Protection of Investment. We the victims do not exist in this setting, even if they are discussing our rights.

However, winds of change blew Friday September 4th 2015 when the Canadian Supreme Court confirmed its jurisdiction over the Chevron case it allowed the verdict to berecognised. In this context, the Court offers various statements about the legitimacy of the ruling and the obligation of the debtor (Chevron) to comply. Beyond recognising its jurisdiction, this ruling demonstrates that a ruling by a New York judge is useless in independent jurisdictions. The legitimacy and effectiveness of the Ecuadorian ruling in other jurisdictions is only qualified in the extent that it is in accordance to what the national laws rule, not to according to what is ruled in New York. It also states and by doing so recognises the legal obligation of the company. This proves that, Chevron’s decision to oppose observing the ruling and paying the fees in so stated is illegal and illegitimate. Public statements by Chevron are rare in this respect, and generally fall in line with saying that they have been targets of extortion. However, we are discovering how Chevron has bribed witnesses to lie and fabricate evidence to sustain their own claims.

You heard a summary of what 22 years seeking for justice looks like, in the US, Ecuador, Canada, Brazil and Argentina. Until now, all these efforts have been in vain and we have not accessed any meaningful justice. Now, we turned to the complimentary international justice system but we see it is ill equipped to protect Human Rights, the Rights of Nature, of neither the environment nor the rights of indigenous peoples. Because of this, we believe and other civil society organisations believe that the competence of the ICC should be extended in order to protect those who are being victims to violations of human rights. We contend that the punitive power of these tribunals is not enough to halt those who do not share their values of primacy of life, liberty and integrity of peoples.

We believe that criminal law can provide useful solutions to stop the effects caused by crimes. But it is not a magical panacea we can run to. Thus, we cannot rely on it completely, and we have tried to demonstrate so in our complaint submitted to the ICC. In it, we explain the effects that the continuous crimes as committed by Chevron have resulted in forced displacements in the Orient Region. We recognise that international criminal jurisdiction is complementary; we have exhausted all possible avenues, making it a necessity. In the 23 years all jurisdictions have not offered any answers, but the international complementary one is not doing so either.

Finally, we strongly support that ecocide be included as a crime in the Rome Statute. We also need for this to be accompanied by a changes in the in the Court’s Prosecutor because they have to expand their focus as to case where environmental harms risks  other legal assets that are protected by the Rome Statute. Also, he believe it is necessary to include the criminal liability of legal persons so that, TNCs are accountable for their generalised and systematic attack to our peoples and ecosystems. When organisations provide the economic means to finance militias, it seems evident that they should be prosecuted. But we believe that environmental damages should be at the same level as this crime.

When human existence is so intricately related to our environment, it would make sense the Rights of Nature are inherently linked to Human Rights. In this context, the f gradual and systematic disappearance of ecosystems should be considered an ecocide”. Environmental damages affect the general public and the generations to come. It is a crime against humanity and against nature. And it has largely gone unnoticed thanks to corporate impunity.

For all those reasons, it seems clear that the international community should respect Human Rights and the Rights of Nature above protecting investments and economic interests. We support the initiative to extend the ICC jurisdiction to legal persons and to include new environmental crimes into the Rome Statute, where there should be a specialised chamber to do so. Also, the f the international investment system, should draft new treaties that should include making TNCs responsible for their wrongdoings.