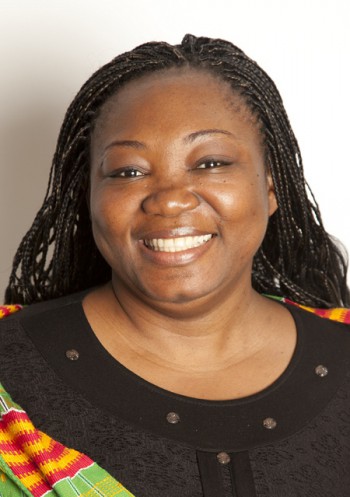 The internet: African nightmares and the right to dream.

Internet speed and affordability varies depending on where you live on the planet. Nnenna dreams of a broadband filled Africa, where internet is more affordable and upgraded to build bridges across cultures, across people, and to the rest of the world.

Nnenna Nwakanma is an activist and, development adviser from Nigeria. She is the co-founder of The Free Software and Open Source Foundation for Africa which she also co-chairs. She was elected as a board member of the Open Source Initiative in April 2007. She also co-founded The Africa Network of Information Society Actors, and the African Civil Society for the Information Society. She is also a Vice President of the Digital solidarity fund. Previously, she served as the Information Officer for Africa of the Hellen Keller Foundation. She is the current Africa Regional Coordinator for the World Wide Web Foundation where she supports work on the Alliance for Affordable Internet and the Web We Want. Fluent in English, French and a handful of African languages, based in Abidjan, Côte d’Ivoire, having lived in at least 5 different African countries, she normally introduces herself as ‘African’.