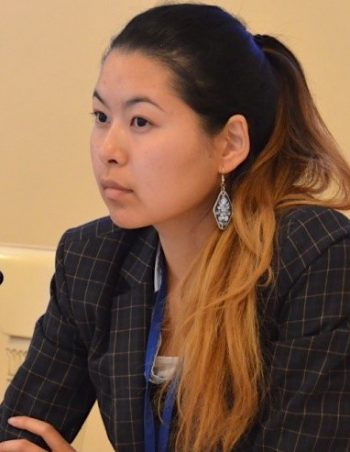 Marzhan Nurzhan will explain why she has chosen to work for peace and disarmament. She will talk about organizations that have received the Nobel Peace prize, following Bertha von Suttner (BvS) who was the first woman to receive the Peace prize.

Marzhan Nurzhan is originally from Kazakhstan and is actively involved in campaigns for the abolition of nuclear weapons as an educator and lobbyist. In 2017, she was invited to address nuclear disarmaments to the United Nations General Assembly on the International Day for the Total Elimination of Nuclear Weapons.