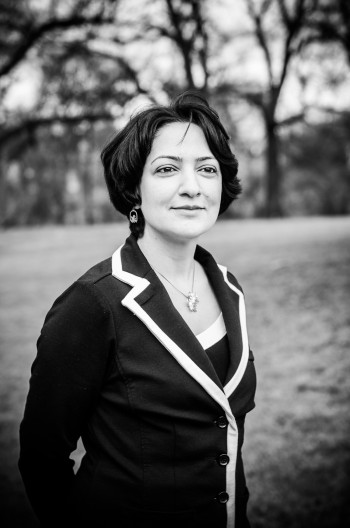 Founder and President of the Center for Cultural Diplomacy and Development

Maryam Faghihimani, MSc, is the founder and president of the Centre for Cultural Diplomacy and Development CCDD, which builds a bridge between Iranian, Israeli and Arab youth and women through cultural activities and entrepreneurship. Maryam was born and raised in Iran as a daughter of one of the prominent ayatollahs, a friend of Ayatollah Khomeini, the founder and leader of Islamic Republic of Iran. She grew up in a very conservative and religious environment and went to an elite school where there was a strong emphasize on political values of the Iranian government. By reading other books, she has adopted a liberal perspective. After being repeatedly denied right to higher education and work because of her gender and secular-liberal thoughts, in she 2003 left Iran. In spite of her father’s demands, Maryam has pursued an academic career in Europe focused on peace building, cultural diplomacy, sustainable development, human rights, and in particular women’s rights. She believes that peace will come through people’s constructive dialogues and working with other sides to bring prosperity in the region. The key to the sustainable peace process is to focus on how to build a future instead of looking into the black holes of the past.