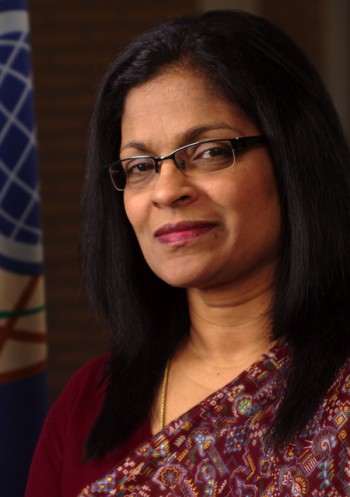 'We are all responsible for the world we live in. If we are going to change the world, we can only change it together.'

Weaponized toxic chemicals are not just another way of killing -they are devastating instruments of exceptional cruelty and mass destruction. Over the last one hundred years we have been able to create one of the most successful examples of international cooperation.We are all responsible for the world we live in.

Ambassador Grace Asirwatham is deputy director general of the organization for the prohibition of chemical weapons (OPCW). OPCW won the Nobel peace prize in 2013.Grace Asirwatham has had a long career in the Sri Lankan diplomatic service, during which she has held several positions in Colombo, most recently as Director-General for South Asia and the South Asian Association for Regional Cooperation. She has served overseas in Pakistan, Germany and as Ambassador to Nepal and The Netherlands.