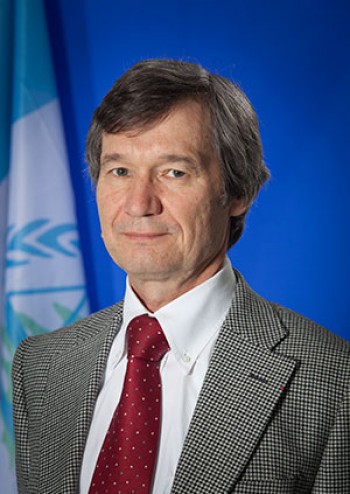 Better to light a candle, however small, than to curse the darkness

François Roux, a distinguished defence lawyer in the field of international justice, joined the Tribunal as Head of Defence Office on 9 March 2009.

Mr Roux, a French citizen, has been an attorney for 38 years and is influenced by the life and thinking of Mahatma Gandhi, who was also a lawyer.

Since the late 1970s, he has defended Polynesian (French Polynesia) and New Caledonian Kanak separatists in the French Pacific Territories. In that capacity, he played a role in the peace agreements between the Kanak Liberation Movement and the French Government which resulted in the 1988 Matignon Agreements and the Nouméa Accord of 1998. In 1994, he also assisted the Tuareg rebels during the peace agreements with the Government of Niger.

Mr Roux was a consultant to the American defence team assigned to represent Zacarias Moussaoui following the attacks of 11 September 2001 and he assisted his American colleague Gerald Zerkin in arguing against the death penalty.
In France, he has defended José Bové, an anti-globalisation farmer and trade unionist, against the fast-food company McDonald’s, as well as representing the French agricultural trade union Confédération Paysanne and the Mouvement des faucheurs volontaires anti-OGM, a group of citizens who use civil disobedience to express their opposition to genetically modified organisms.
He has acted successfully in various cases before the European Court of Human Rights in Strasbourg and the United Nations Human Rights Committee in Geneva.

He is an Officer of the National Order of the Legion of Honour and a Knight of the National Order of Merit.
Mr Roux has written several articles on human rights and international criminal justice which have appeared in leading newspapers, including Le Monde, Libération and Le Temps. He was the head of a French law firm in Montpellier in the south of France specialising in criminal law, international relations, the law of persons, public law, mediation and human rights.
His motto is “Better to light a candle, however small, than to curse the darkness”.
He has published En état de légitime révolte (Indigène Editions, 2002).