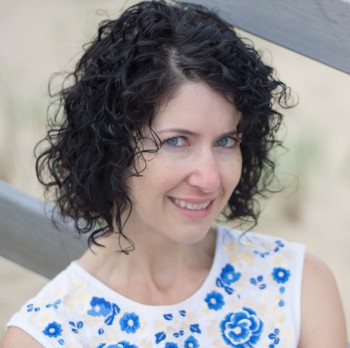 Darcie Sawilla joined the Bjlmer Bridge2Hope project in 2014 where she works as the project coordinator. Her responsibilities include the organization and delivery of the project area focusing on direct assistance to survivors of human (sexual) trafficking.

Darcie first became involved with women at risk when she worked at the non-governmental organization (NGO) SIM Niger. There, she worked directly on-site with women who were forced into prostitution in Niger, West Africa. She provided AIDS education, health instruction and mentoring to victims of sexual trafficking. A local safe house was also available to offer them an escape from their traffickers.

In 2012, Darcie completed a Bachelor of Arts degree at the University of Ottawa in Canada, specializing in religious studies and minoring in psychology. In 2014 she completed a Master of Arts degree in religious studies, also with the University of Ottawa. Her thesis focused on the religious devotional practices of females in the Middle Ages. Her studies have given her skills to help women who are marginalized, and her involvement as project coordinator in Bijlmer Bridge2Hope provides a compelling and fulfilling opportunity to directly help victims of human trafficking.