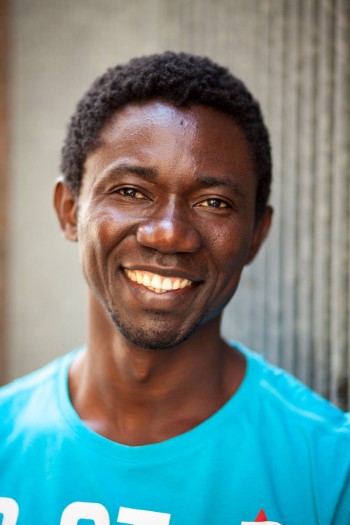 Babah Tarawally is a writer and journalist. He is a columnist for OneWorld online magazine. After fleeing the Sierra Leone civil war for the Netherlands 19 years ago and spending the first seven of those years filing an asylum application, Babah Tarawally began working for independent media outlets in Africa, contributing stories and columns to several newspapers and magazines.

Alongside this work, he worked for Free Voice (now called Free Press Unlimited), a Dutch organisation that support press freedom in Africa, Asia and Latin America. He worked for Free Voice from 2004-2010 as the project officer for Africa. In 2011 he worked as the Program Coordinator for Winternachten-Writers Unlimited Festival, Dutch biggest international literature festival. His novel ‘De god met de blauwe ogen'(The blue eye god) was published in 2010 by KIT publishers. Babah Tarawally is presently working as a freelance journalist and on his second novel ‘The missing hand.’