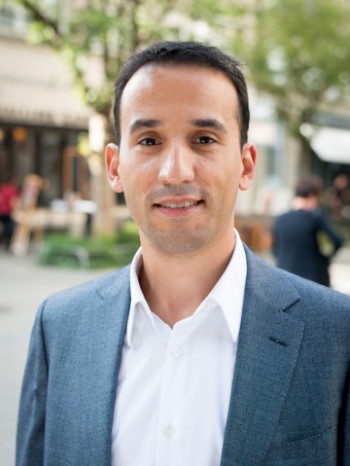 THE BRAZIL BABY AFFAIR: HOW MY ILLEGAL INTERCOUNTRY ADOPTION VIOLATED MY HUMAN RIGHTS AND KEPT ME FROM FINDING MY TRUE IDENTITY

Like many adoptees, Patrick wished to retrace his roots and find out about his past. At 21, he was confident and optimistic to return to Brazil, the place of his birth, to find his biological roots so that he could get familiar with his original culture and search for his birth family. What he discovered instead changed his life forever.

Before embarking on his trip, he learned that his birthdate was made up and his true identity erased, as he found out about 10 years later – so that he could be passed off as the natural child of his Dutch adoptive parents.

Patrick was not alone. After years of personal research and investigations, it became clear that he was just one of many Brazilian babies who experienced similar fates throughout mainly the 1980s. This became known as the Brazil Baby Affair and included an unprecedented number of unidentified Brazilian babies who were given new identities after their birth and intentionally deprived of their right to a true identity. They grew up in different countries around the world and cannot search for their biological families in Brazil – nor can their families locate them – because everything from their names to their real birthdays have been changed.

Patrick’s experience made it clear that there is no help available to victims of the Brazil Baby Affair. As founder and managing director of the international NGO Brazil Baby Affair, Patrick has addressed this need by setting up an organization to help all victims. The organization proactively targets the illegal adoptions from Brazil to increase accountability and raise awareness of these cases. By providing assistance in tracing original families and creating an understanding of the severe impact on victims, the ultimate goal of the NGO is to prevent and avoid any future deprivation of the human right to identity through illegal adoption.

Patrick will share his personal story and shed light on the impact his illegal adoption had on his life on September 19th.

To learn more, visit the website of the NGO Brazil Baby Affair, which will be live from 15 September 2014, www.brazilbabyaffair.org

You can find Patrick’s profile and connect with him on LinkedIn: http://linkd.in/Z4k2gH Follow the NGO on Twitter: @NGO_BBA