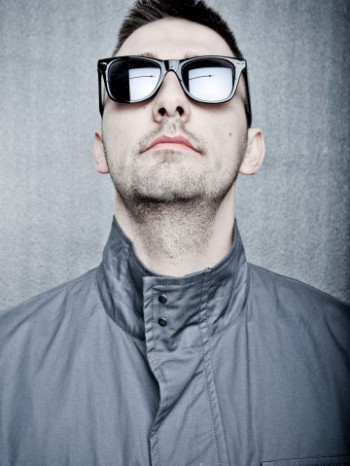 ‘RECONCILIATION WILL HAVE TO START WITH THE COMMON PEOPLE’

Influence is not limited to traditional actors in the field of peace and justice. With his music, Hip Hop artist Frenkie reaches hundreds of thousands of youth as he raises awareness of the dangers of radicalization. ‘The young people who do not remember the war, are maybe even bigger nationalists than the people who participated in it’, he warns.
As radical nationalism re-emerges in the Balkans, he poses the questions: Are you making a stance against the roots of potential new conflict? Does the absence of war equal real peace? On September 19th, he will ask you the same questions. Come prepared.

Frenkie is the stage name of Adnan Hamidović (1982). Originally from Bijeljina, Bosnia, he and his family fled to Germany in 1992 when the Bosnian War started and Yugoslavia fell apart. According to Frenkie, Germany at the time was the ‘golden time’ for Hip Hop and German Rap continues to influence his music. ‘Hip Hop is the music that taught me the things I had not learned at school or from my parents’, he says.
Today Frenkie lives in Bosnia again, where fighting has stopped but the memories of war and nationalist thoughts continue to exist in the minds of many.
CAN’T GET ENOUGH OF FRENKIE?
Have you become curious about Frenkie’s music? Listen to some of his latest songs.